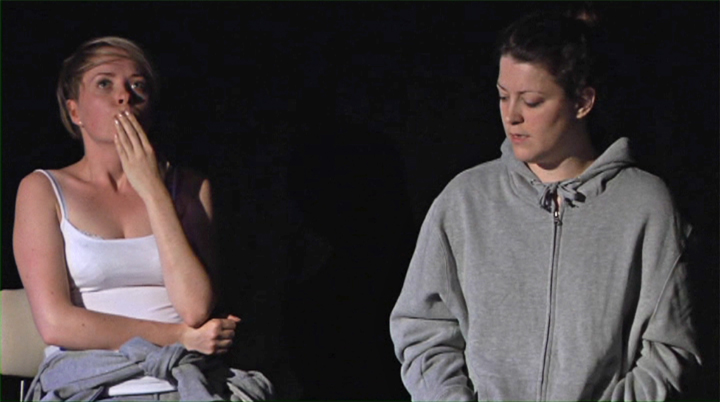 Two in-mates. One room. Many rules. No visitors. Six chairs. Three tables. One clock. Nine pieces of contraband chewing gum. One massive difference of opinion. And a twenty minute policy.

Opened the 2010 Camden Fringe Festival playing at The Etcetera Theatre

“With undertones of both Kafka and Beckett – and many a moral philosopher besides – Burton’s (is a) nuanced and well-observed script…Probing and well-acted.” – remotegoat

“Sharp lines and clever writing…An enjoyable production, marked by some concentrated performances from the chief protagonists and directed with wit by Melinda Burton.” – Fringe Report

“Trent Burton’s writing blends witty comedy with the occasional suggestion of something darker…It’s great to see a play with two really meaty roles for women, and both Charlotte Sutherland as Tess and Gigi Burgdorf as Lisa give strong performances.” – My Cultural Life