The Incomplete Map of the Cosmic Genome 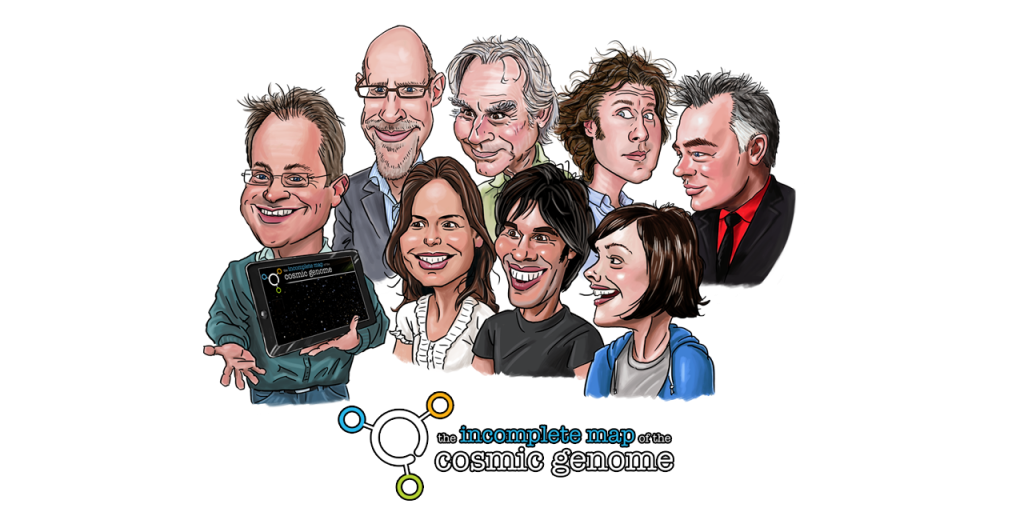 An App for the interested.  Cosmic Genome is a video magazine style App for browsers and the iPad hosted by comedian and science advocate Robin Ince.  Some of the world’s best and best known scientists and science curious take you on a journey through their scientific fields, passions and curiosities.

Created and Produced by Trent Burton and Robin Ince

App Designed and Developed by Trent Burton and Nigel Jenkins

Released in June 2013.  New editions and updates released every month.

“A smorgasbord of ideas … It has a professional feel but still manages to reatain a relaxed, inviting ambience”.

“It’s chaotic but hugely engaging and with Robin Ince as host you know it’ll be good.” – Focus: Science & Technology

“A perfect mix of science and comedy” – Such Small Portions

“It is hard to pigeon hole this unique product.  Five Stars”. – Know Your Apps

“An app of wonders … perfect for those who enjoy the science of things”. – 148Apps

“Like a good science programming channel (you know how those have vanished from cable).” – Pharyngula

Visit our YouTube channel for more from Cosmic Genome